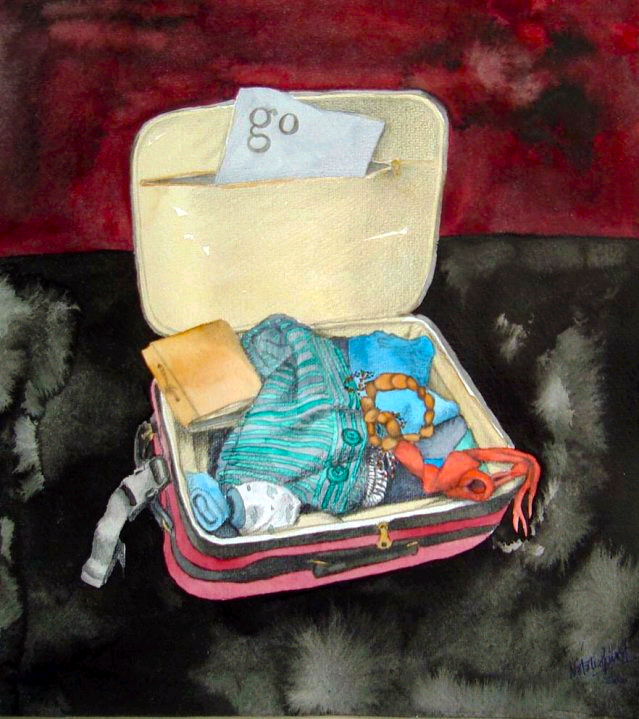 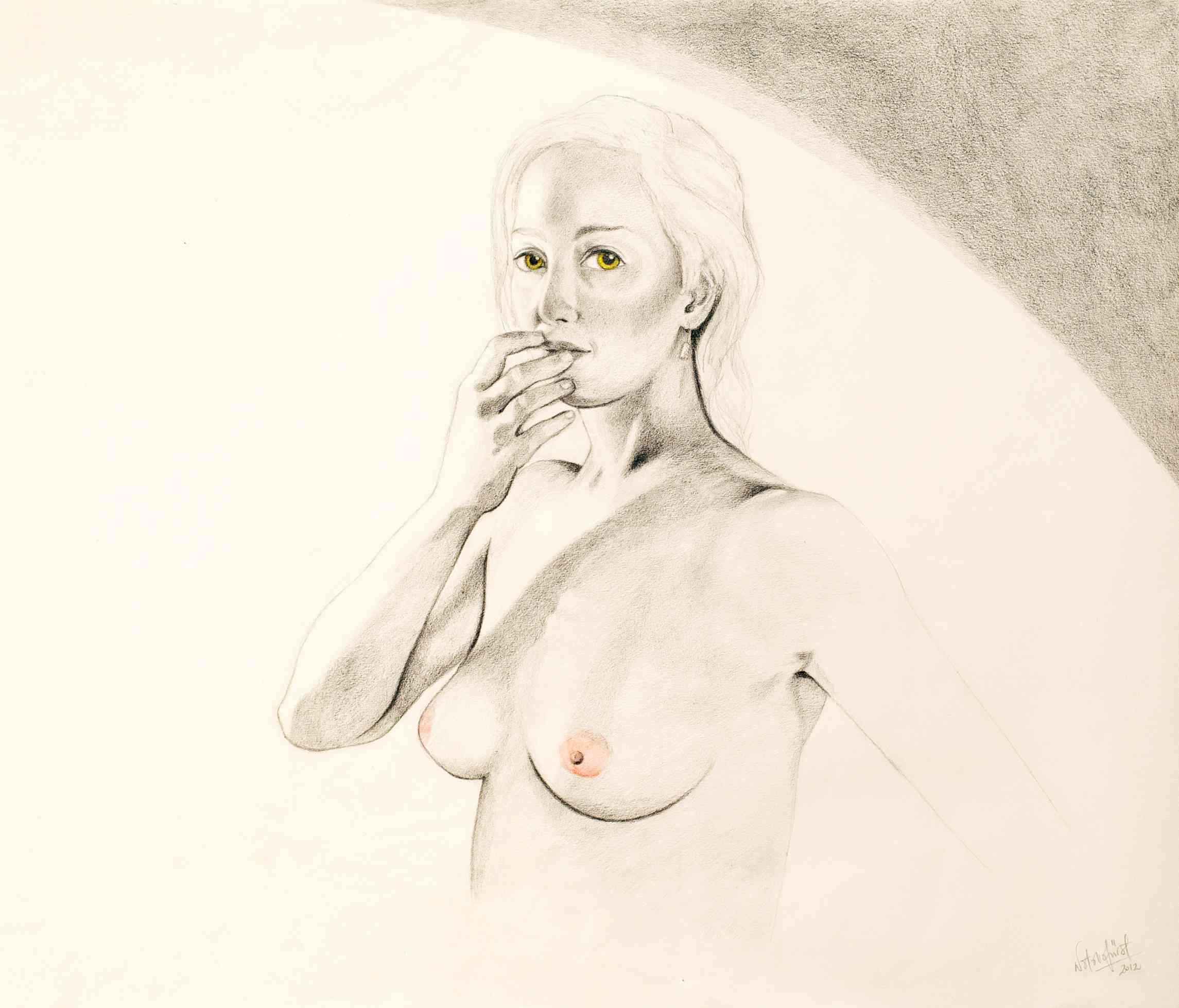 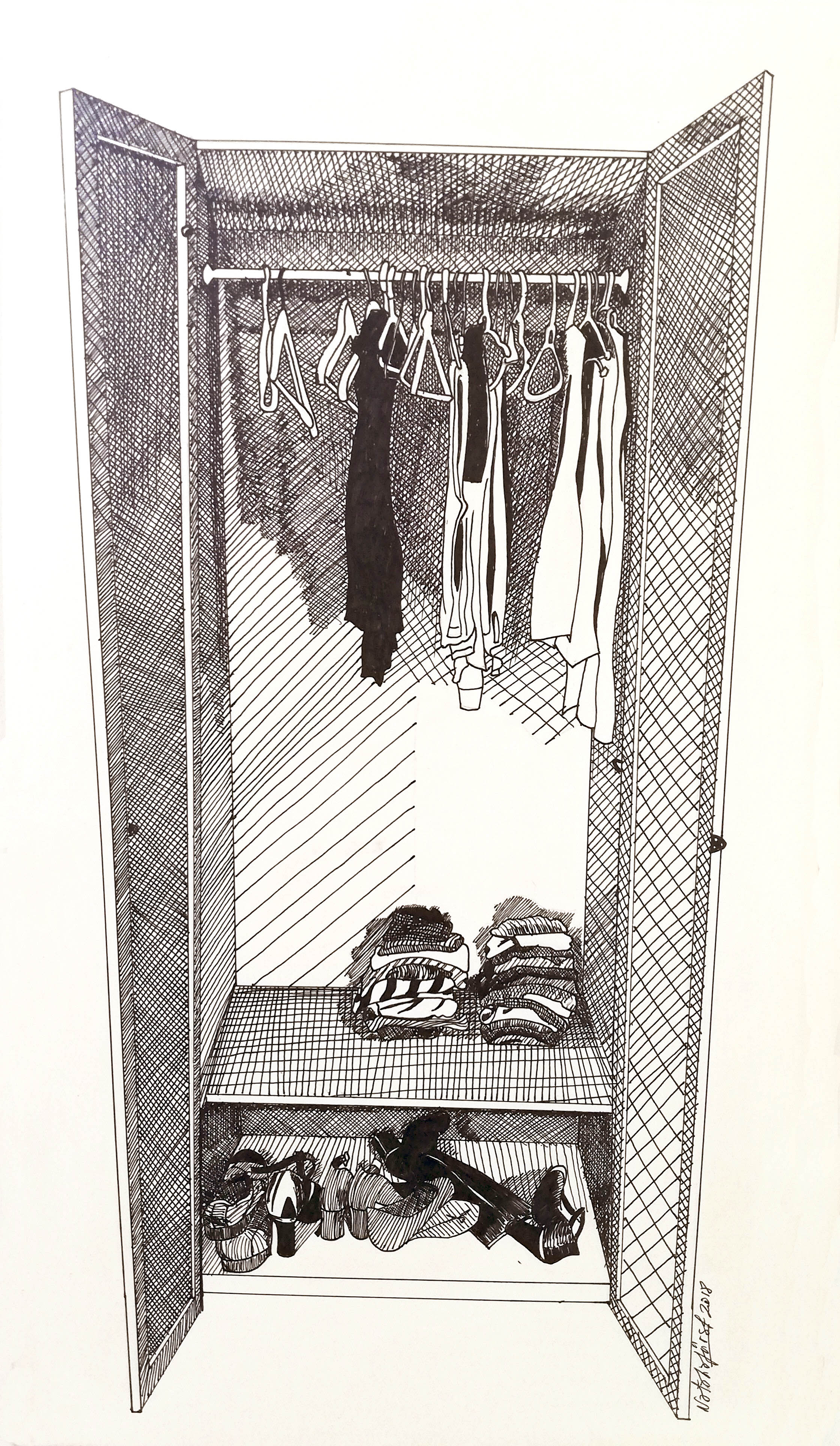 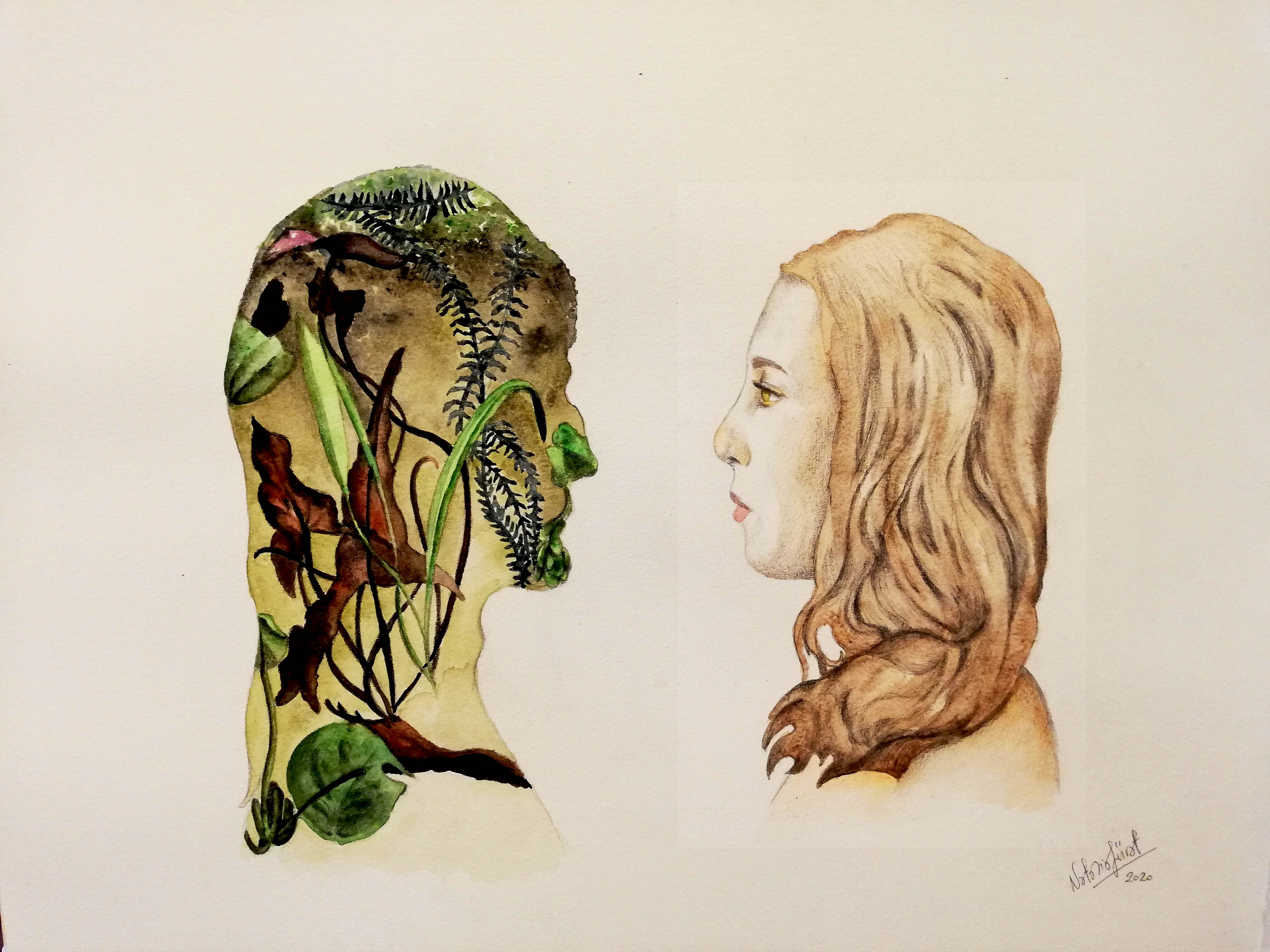 My idea was to settle down in Italy, I ended up in Barcelona.

Two of my dreams were fulfilled: living from art and being near the sea.

Probably everything else has been due to chance, I do not believe in fate.

Emigration has many possible causes, but in all of them there is the search for something new.

In this series I review the period of time between 2002 and 2010: 8 years of intensive encounters, discoveries and losses and the brutal realization that everything changes.

Ink, coffee and pencil on paper 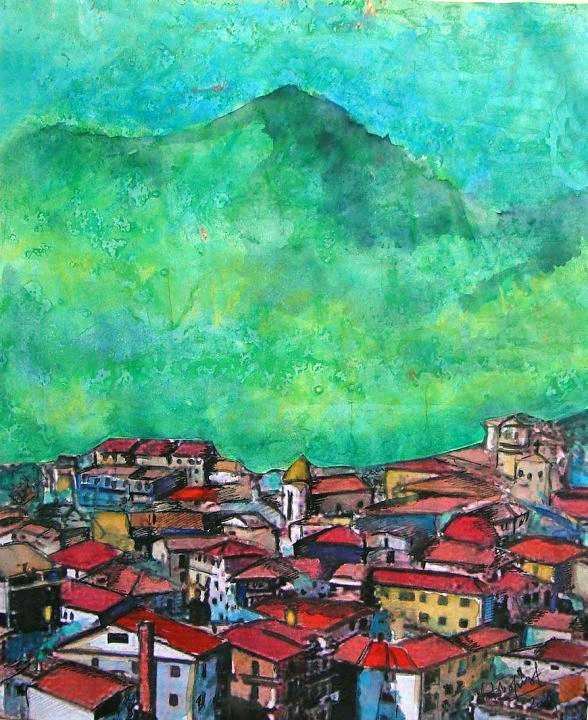 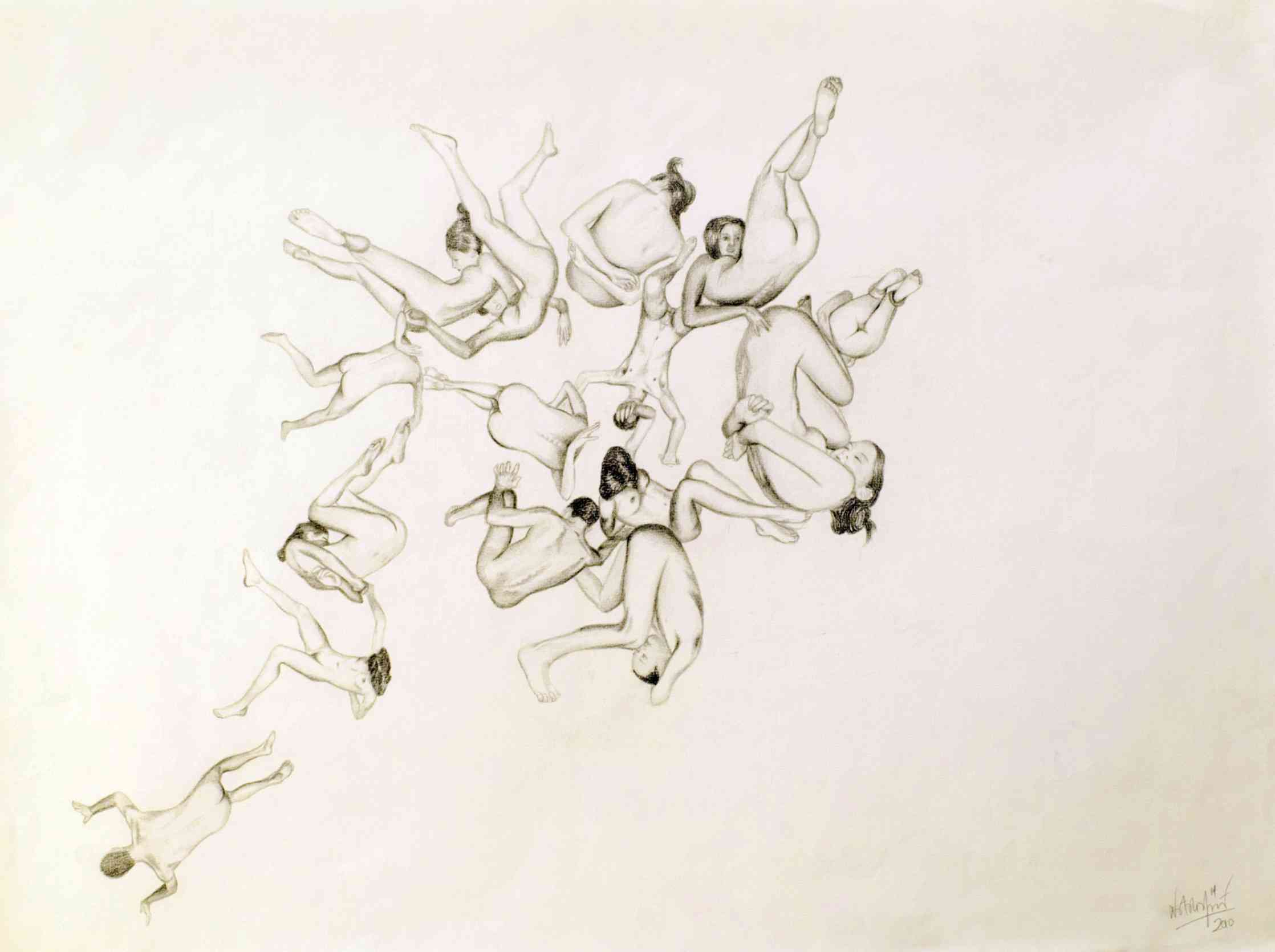 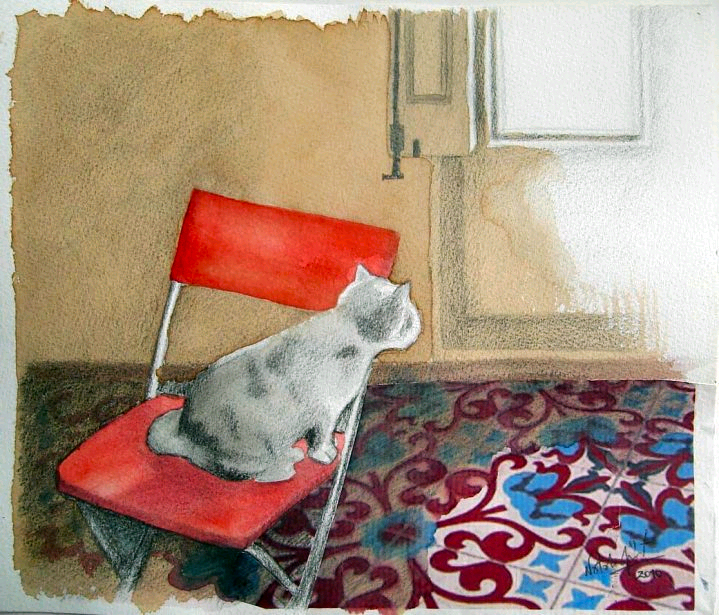 Clothes in the sun

The bed of Sant Francesc street

Watercolor, coffee and pencil on paper 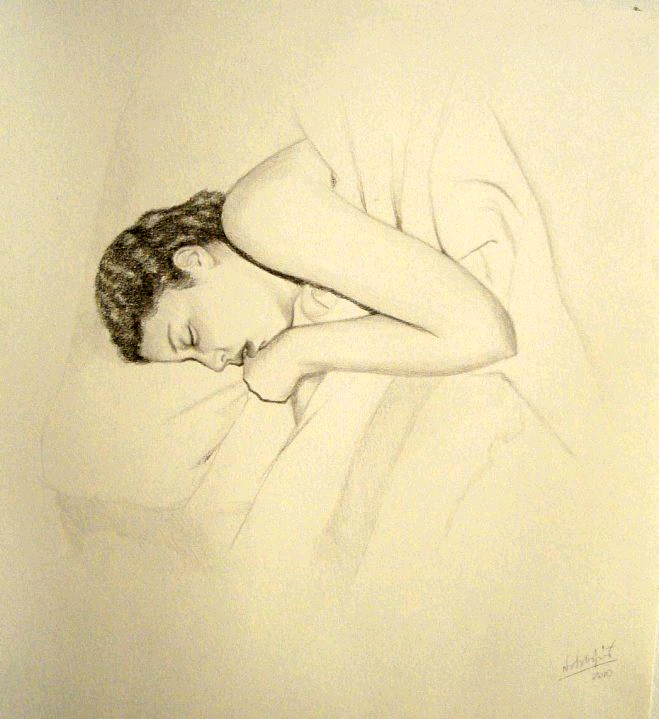 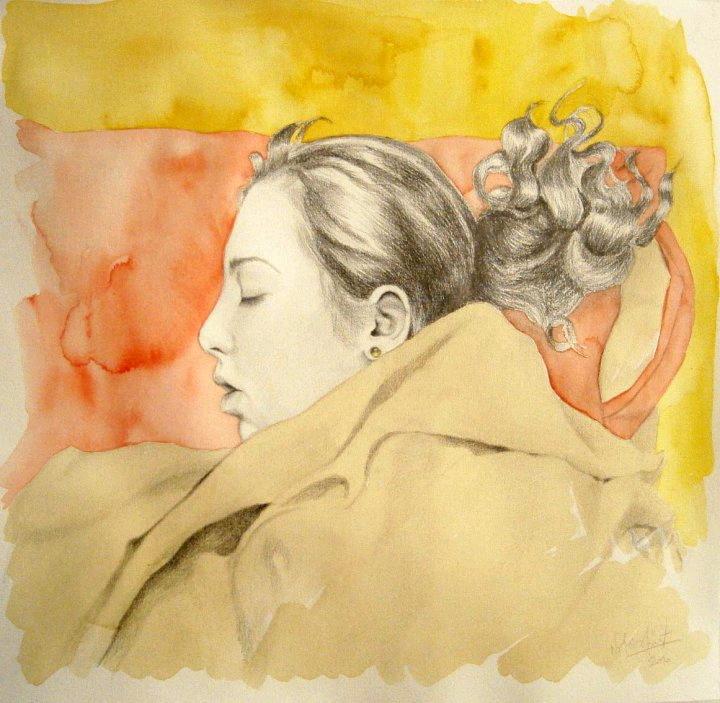 Pencil, ink and coffee on paper 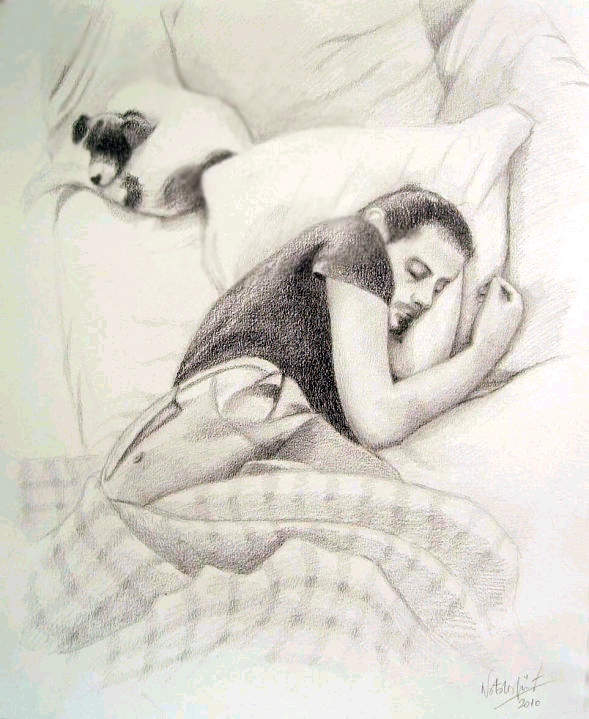 Watercolor, ink and pencil on paper 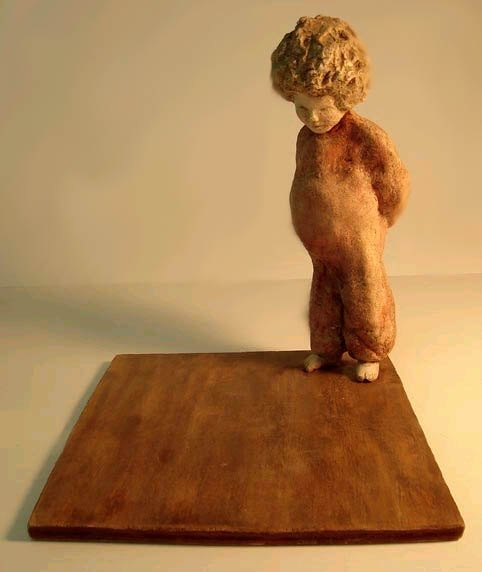 In summer and with scarf

In summer and with scarf

Jumping over the city 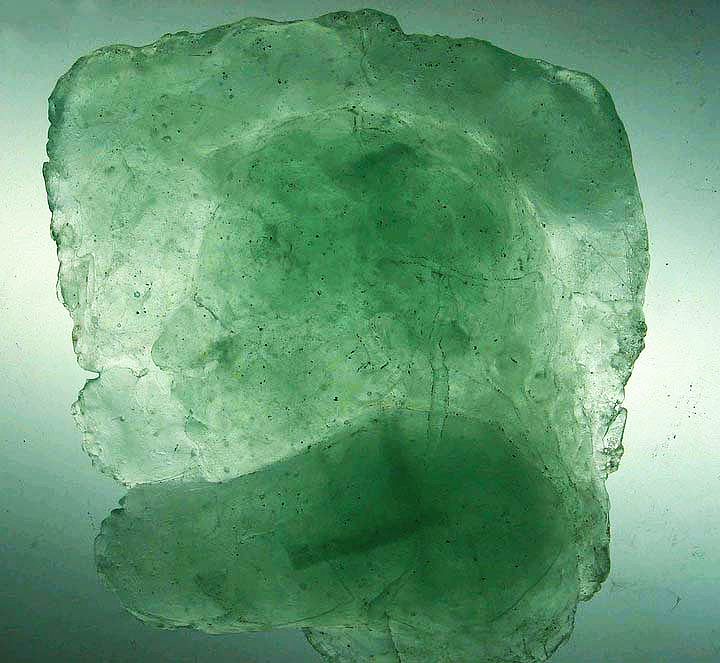 The whole life ahead

The whole life ahead